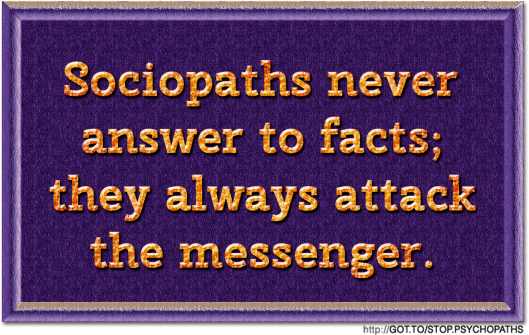 Present a sociopath with a documented allegation and he will quickly turn on you, denounce you, and tell others that you are “disturbed,” “unstable,” “irrational,” or something equivalent. Anyone who does not accept his version of reality and fall for his brainwashing will be kicked out of the circle and then wildly disparaged by the remaining members.