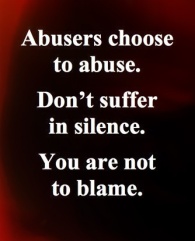 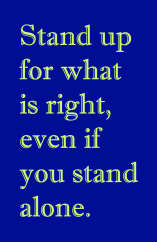 Isn’t it wrong to expose someone by name—even if they did cause harm?
If you are asking this question, you should also ask yourself if it is right for an abuser to get away with hurting people. Concealing an abuser’s identity is protecting them from consequences for their actions and enables them to continue preying on unsuspecting victims.

Isn’t it against the law to publish the name of an abuser?
No, it isn’t. The rule is simple: just stick to the truth. You may also publish their picture on the Internet as long as you own the copyright. Still, caution is advisable. You should be able to verify all of your statements that even remotely could be construed as defamatory. Refrain completely from insults and name-calling.

A bully may threaten to sue you for libel to intimidate you, but in reality, a defamation lawsuit would not be in their interests because their own actions would then be fully exposed and scrutinized in court. Also, the burden of proof is on the party claiming libel. They don’t have a case unless they can prove that what you published is both defamatory and false. A lawsuit can take many years and become very costly, too. 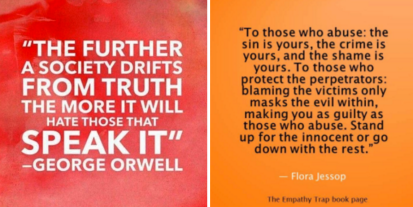 You will become a threat

You are not at fault if the truth about an abuser’s behavior damages their reputation. From a bully’s egocentrically warped point of view and sense of entitlement; everything is your fault. Count on being accused of slander, libel, and probably all sorts of other crimes if you speak up. They may be scary in their denial; playing the victim role and acting out indignation, hurling accusations, and vilifying you while manipulating other people to turn against you and support their vengeful schemes. It’s all a game to them. A self-righteous, hateful, and remorseless schemer can cause you a lot of harm—but they don’t have the law on their side. 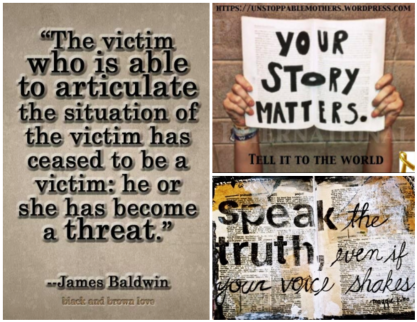 No one has the right to abuse you, and you are always entitled to defend yourself and to speak about what was done to you. However, it is up to you to decide what to do. You’ll need to examine all aspects of your situation and weigh your values against an estimated cost in personal suffering for asserting them. Read about cases similar to your own for valuable insights and warnings to heed, and educate yourself about psychopathy and libel laws to gain confidence and make a better informed decision. Most importantly, consider all possible consequences of ‘going public,’ especially danger to the life and well being of yourself and your loved ones.

12 thoughts on “To name or not to name your abuser?”