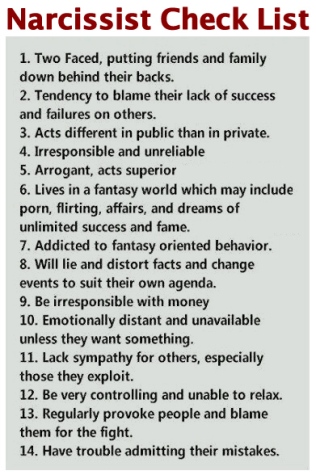 A narcissist has many of these traits.

Modern permissiveness and a culture of entitlement allow
disturbed people to reach adulthood without proper socialization.

It is believed that narcissism is an attitude which is present in every individual and is actually important to be confident individuals. However, when this feeling of self worth exceeds certain limits, where one cannot see anyone other than oneself, one is said to have narcissistic personality disorder. Anger is a natural reaction that comes to humans when exposed to a provocative situation. Such anger arises from a rational cause and dies down when one is able to express it.

Narcissistic rage is different from the anger that people usually feel. People who have narcissistic personality disorder need narcissistic supply which includes constant adulation, attention, compliments and subservience. They consider themselves to be perfectionists and want people to fear and respect them, whether they do or do not have any accomplishments of their own. As narcissistic people are dependent on other people to boost their self-esteem, any challenge, negative remark or disagreement from other people can be considered as criticism, rejection and mockery. They take it as a personal assault and lash out at the person who provoked them. This can cause physical as well as psychological harm to the other person. Read more on narcissistic behavior.

Narcissists never admit responsibility and will always blame their targets.

The term narcissistic rage was introduced by Heinz Kohut in his book The Analysis of the Self: A Systematic Approach to the Psychoanalytic Treatment of Narcissistic Personality Disorders.

As narcissists believe that they are perfect individuals who know everything and who can never be wrong, the thought that somebody is challenging their views or behavior can cause rage in them. This rage can be expressed in two ways. The most obvious way is explosive behavior where the person will lash out at the other person, both verbally as well as physically. Sometimes, too much rage can give rise to murderous thoughts in the narcissistic individuals. The other way of expressing their rage is the passive aggressive behavior where the person will not harm the person physically or mentally, but will punish them by giving silent treatment. However, the rage is not just targeted towards the person who provoked them, but also towards other innocent people. 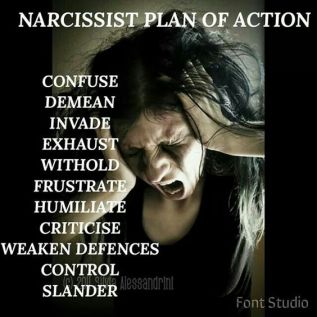