Family lawyer gets life in murder of ex-client and baby; judge calls him a ‘facade’ and a ‘fraud’.

An Illinois family law attorney was sentenced to life in prison in the murders of his former client, Nova Henry, and her 10-month-old daughter. 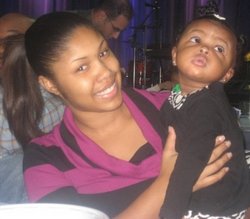 The government said Fredrick Goings, who had represented Henry in a child-support case against a professional basketball player, shot her in January 2009 at her condominium in Chicago’s South Loop as she ran from the lawyer, holding her daughter, the Chicago Sun-Times reports.

Goings may have been angry about an unpaid $24,000 legal bill that she and her new attorney were then contesting, prosecutors said. Goings and Henry also reportedly had an on-again, off-again romantic relationship.

Cook County Judge Maura Slattery Boyle called Goings, who maintains his innocence and contends there was a rush to judgment, a “fraud” and a predator. “You are a facade as a lawyer and a human being,” she told him.

The murder case was high-profile because Henry is a former girlfriend of Eddy Curry, once a member of the Chicago Bulls. He also played for the Miami Heat and the New York Knicks.

Although Henry’s daughter with Curry was killed along with her mother, their 3-year-old son, who was also present at the scene of the slayings, was not physically injured.

The Associated Press also has a story.