Social aggression or indirect bullying is characterized by attempting to socially isolate the victim. This isolation is achieved through a wide variety of techniques, including spreading gossip, refusing to socialize with the victim, bullying other people who wish to socialize with the victim, and criticizing the victim in different ways. Other forms of indirect bullying are more subtle and more likely to be verbal, such as name calling, the silent treatment, arguing others into submission, manipulation, gossip/false gossip, lies, rumors/false rumors, laughing at the victim, saying certain words that trigger a reaction, and mocking.

The effects of bullying can be serious and even fatal.

Despite the large number of individuals that do not agree with bullying practices, there are very few that will intervene on behalf of the victim. These individuals are labeled bystanders and unfortunately usually tend to lean toward the bully’s side.

In most bullying incidents, bystanders do nothing. If the bully faces no obstruction from the people around, he has permission to continue behaving badly.

Bystanders to bullying activities are often unable to recognize the true cost that their silence has to both the individual and to the group. A certain inability to fully empathize is also usually present in the typical bystander, but to a lesser degree than in the bully.

It is the general unwillingness of bystanders to undertake any type of risks that bullies often rely upon in order to maintain their power.

Replace “a society” with “an organization” and it still rings true! 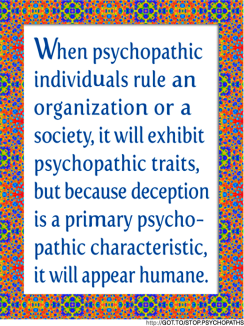